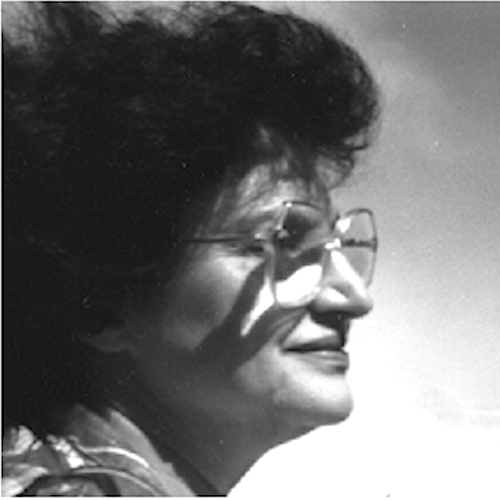 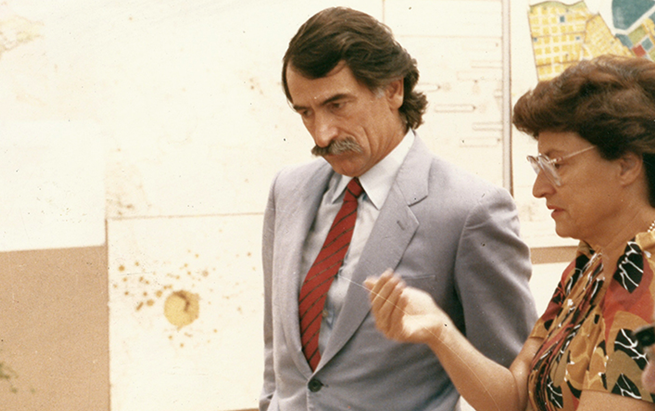 She is married to the Architect Thanasis Barzoukas and lives in a privately owned apartment in Eastern Thessaloniki.

After graduation, she worked at the Bogdanos – Koutsoudakis Architectural Office until 1960, when she was appointed to the Ministry of Public Works and took up a position at the Thessaloniki Public Works Department.

Later, as the head of the Directorate of Urban Planning, she worked on important issues of the city that became decrees,  as they apply today: Building Units of Eastern Thessaloniki, Ano Poli, Ladadika.

She played an important role in the creation and Institutionalization of Building Code (GOK) 1985. As a member of the committee set up by A. Tritsis, she conveyed and convinced him with the views that had been elaborated by the collective bodies of Thessaloniki TEE-TKM (Technical Chamber of Greece-Departement of Central Macedonia) , and the Association of Architects.

These views, revolutionary for the time, are still the backbone of urban planning legislation.

Her contribution to the spatial planning of Thessaloniki was important. She drafted the Thessaloniki Regulatory Plan (1985). During the years of the junta, she  was unfavorably transferred to Edessa and returned to its original position immediately afterwards.Today she is a pensioner of the State and TSMEDE. Supervisions: Archaeological Museum of Thessaloniki, arch. Patroclos Karantinos (1963-65), Greek Consulate in Skopje (1966).