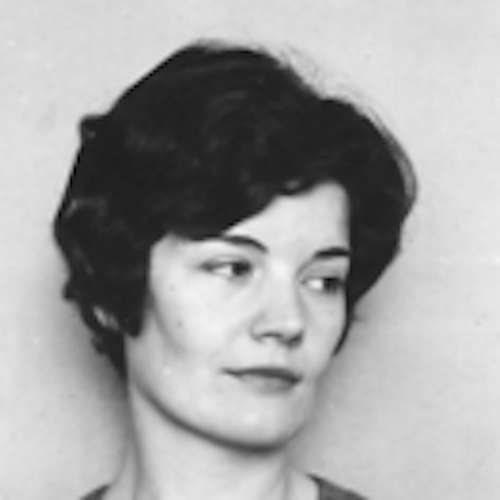 Aikaterini (Kaiti) Doussi was born in Maroussi in 1929.

She was the daughter of the Maroussi’s  local   teacher  Evangelos Doussis. Her mother was Marika, born Kallitsi. She married  the architect Dimitris Venieris. They  had three daughters, Marilena Venieris, architect, Lydia Venieris, visual artist and Gianna Venieris, archaeologist.

In 1948, she successfully continued  her  education at the Architectural School of the National Technical University of Athens (NTUA), from where she graduated as an architect  in 1953.

She worked in the Public Sector (Ministry of Communications and Public Works)  from 1955 until her retirement as a Director, in the late 80’s.

She participated, as a representative of the Ministry, in councils and committees, including the Central Council for Spatial and Urban Planning, the Central Archaeological Council, the Technical Council of the University of Athens (KSHOP), the Interuniversity Center for the Recognition of Foreign Degrees (DIKATSA) as well as in architectural competition committees, such as the Panhellenic Architectural Competition (1984) .a.o.

From her work we will mention some issues that  she dealt with: for the compilation  and institutionalization of  General Building Regulations (GOK) and the protection  (special building conditions and restrictions) in protected areas of many traditional settlements  throughout Greece, from Plaka in Athens to Zagorochoria in Epirus, from Corfu to Lesvos, from Macedonia to Crete.

Kaiti Dousi was an architect who consistently served her primary goals  –the  defense of the public interest, the protection of cities and the environment, the rescue of traditional settlements and antiquities– in a Greece ruined first by the Second World War and then by the uncontrolled development of the built environment.