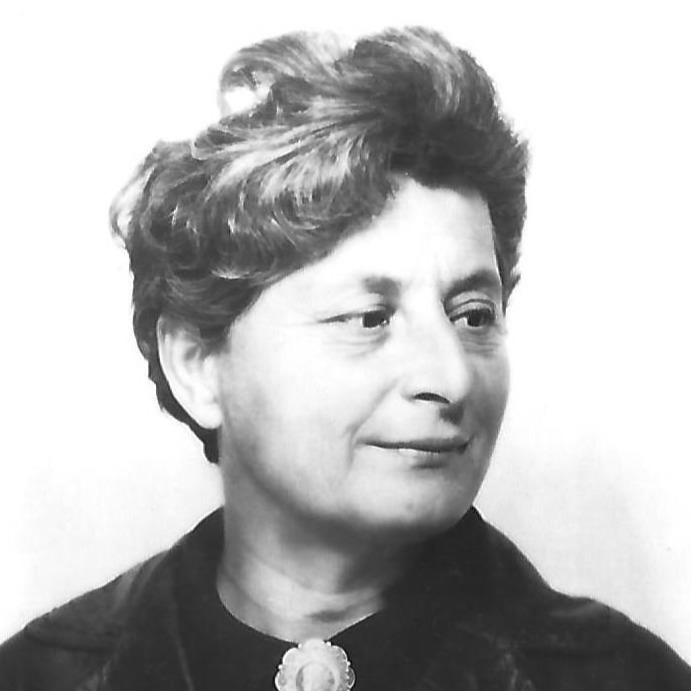 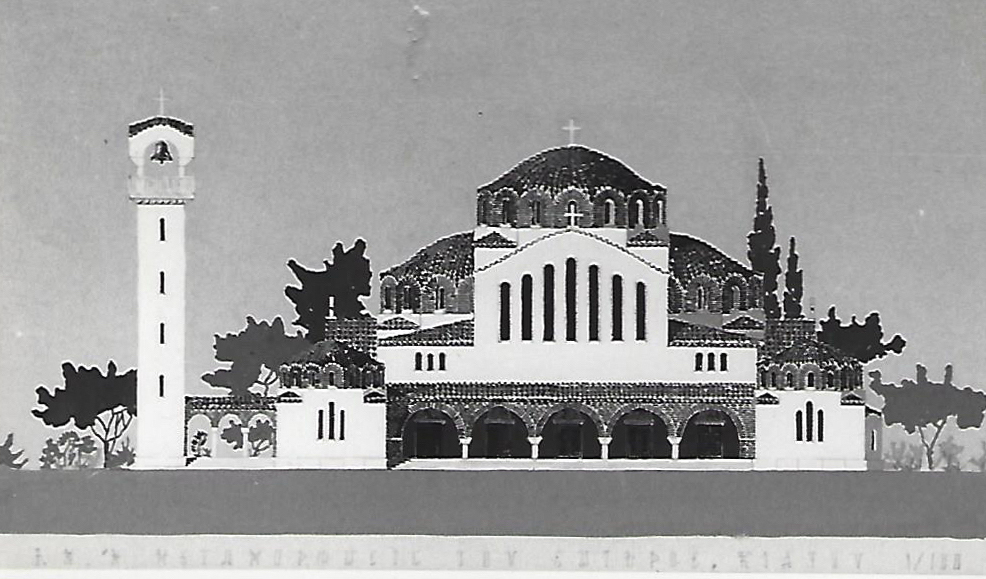 Ethel Kydoniati – Pradouna was the sixth female graduate of the NTUA School of Architecture and the first Greek architect to pursue a career mainly as a freelancer.

She was born in 1914 in Athens. Both of her parents were from Naxos. Her father was a topographic engineer and her mother studied painting at the Athens School of Fine Arts.

In 1929, at the age of 15, she passed the entrance exams of the NTUA School of Architecture, from which she graduated – first – in 1934, having won the respect of her fellow students, which include notable architects of the generation of the 1940s such as Konstantinos Doxiades.

In the early 1930s she expressed herself through dramatic dance. As a leading member of the group directed by dancers Vassos and Tanagra Kanellou, she participated in dramatic dance performances. Vassos Kanellos was a student of the mother of modern expressive dance, Isandora Duncan, and collaborated with the poet Angelos Sikelianos and his wife Eva in the first Delphic Festival of 1927.

During her studies, Ethel met her future husband, architect Phaedon Kydoniatis. They got married in 1935 and became the first couple of architects in Greece. Since then, they have always worked together as freelancers, even though Phaedon served in the public sector. After World War II and until 1955 Ethel worked at the Ministry of Reconstruction.

The remarkable buildings designed by the Kydoniatis bear their personal stamp and contributed to the artful modernization of Greek architecture from 1935 to 1970. Their interwar buildings (houses, apartment buildings, factories, commercial buildings) were designed in the spirit of the modern movement. One of their first important works was their house on 23 Sarantapichou Street –today’s Lycabettus ring road– an example of Bauhaus architecture and of particular interest is the bold structure and formal syntax of their proposal for the Thessaloniki Railway Station (1935).

In the two post-war decades, their work includes projects of houses, apartment buildings, industrial buildings, office-shop buildings, utility buildings and mainly churches which contributed to the artful reform of Neohellenic religious architecture and promoted its typological renewal with the extensive use of porticoes.

In general, the architecture of the Kydoniatis’ couple harmonizes the constructional-structural parameter with the functionality, the aesthetics and the integration in the environment – natural and man-made. As businessmen, together with Ethel’s brother, Miltiadis Pradounas, who was a civil engineer, they built some apartment buildings in Kypseli, Syggrou Avenue and Zografou.

They are the creators of two remarkable monuments: (a) the monument to the fallen British / Scots, Australians and New Zealanders during the war in Greece, which was erected in 1952 at Pedion tou Areos on Alexandra Avenue (first prize) and (b) the burial monument of Panagi and Lina Tsaldari, in the First Cemetery of Athens.

Phaedon made many trips from 1954 onwards. Ethel was then in charge of the office going to the construction sites and completing or completing the studies.

In April 1970, Ethel lost her life in a building accident in the center of Athens where she had gone for supervision. It was the end of a creative professional career, which she served consistently and modestly, gaining the appreciation of all her associates, colleagues and employers.

From her marriage to Phaedon Kydoniatis she had two sons, Lino and Phoebus -later NTUA architects- and grandchildren of whom she met only her first granddaughter.

The biography and work of Ethel Kydoniati – Pradouna were based on: (a) the brief biography compiled by her architect son, Phoebus Kydoniatis (b) the iconographic material given to us by the photographic archive of Phaedon and Ethel Kidoniatis (photographs of works and drawings – personal photographs) and (c) the research of Helen Fessa – Emmanouil for the completion of the CV, the identification and dating of several works and the enrichment of the illustration, in order to compile the first (incomplete) work of the first architectural couple in Greece.