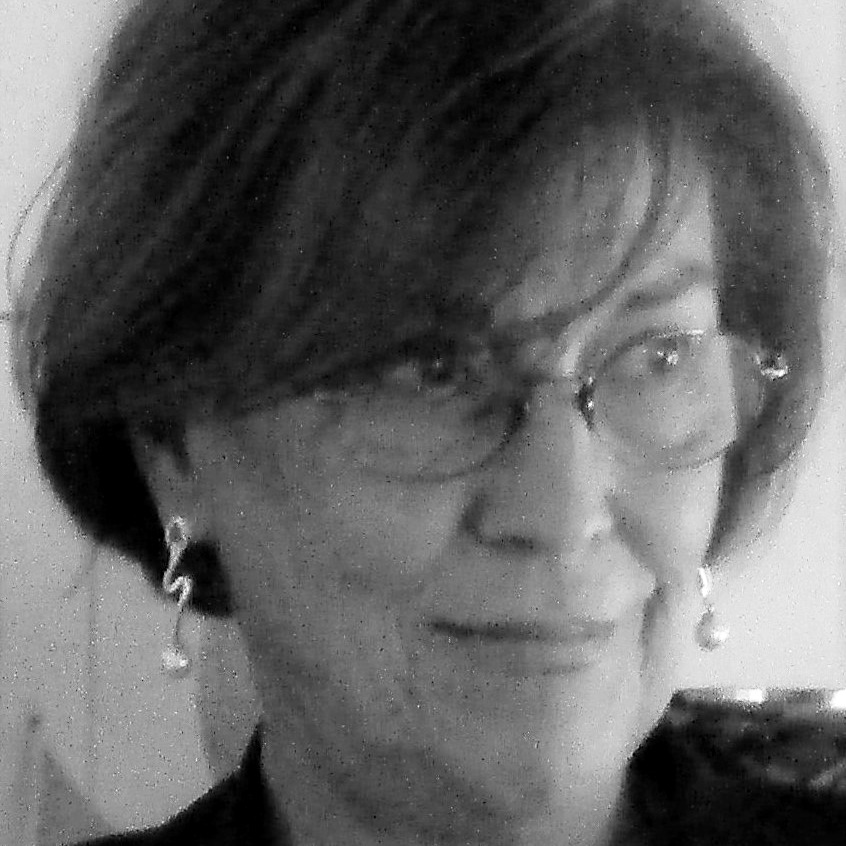 Master of Science (M.Sc), The London School of Economics and Political Science (LSE), Department of Geography 1972-1973

Lecturer at the Α’ Chair of Urban Planning, School of Architecture, Aristotelian University of Thessaloniki (ΑΠΘ) 1975 - 1981

Associate Professor at the Division of Geography, Department of Surveying Engineering, NTUA 1986 - 1993

Professor at the Department of Geography, University of the Aegean 1996 - 2002

Professor at the module of Geography and Material Culture of Europe, Studies in European Culture (ΕΠΟ), School of Humanities, Hellenic Open University (ΕΑΠ) 2002 - 2016 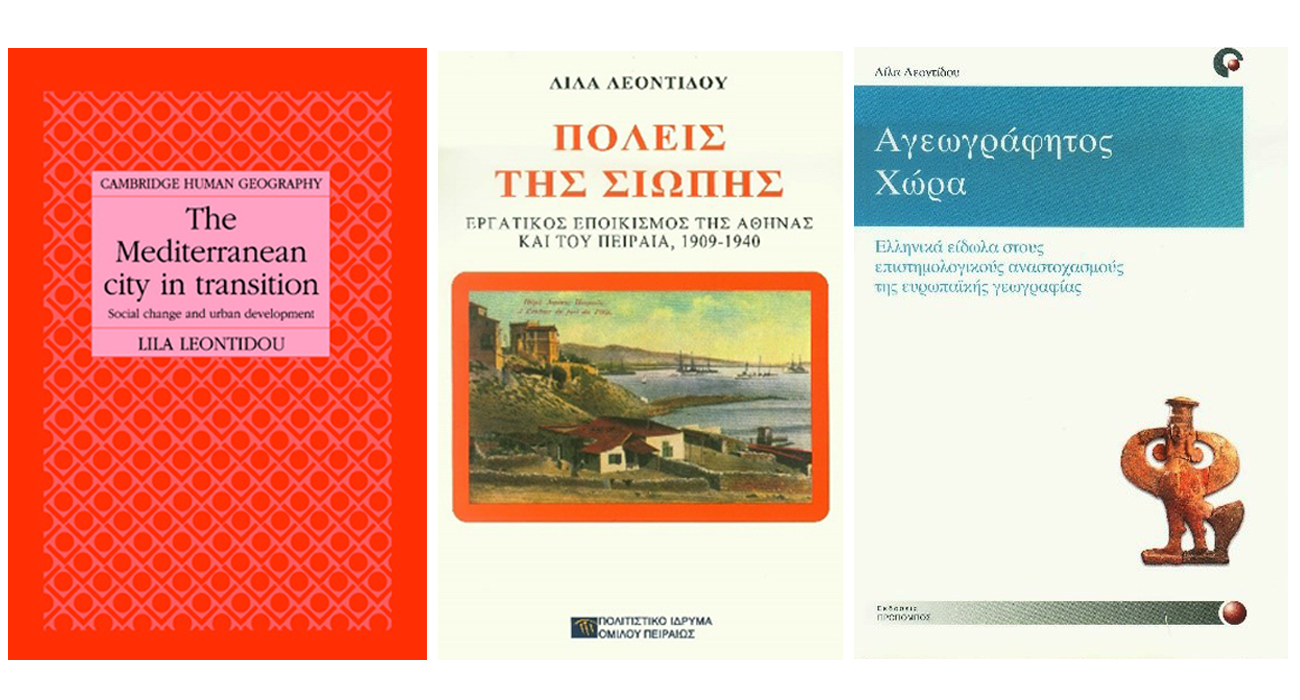 Lila Leontidou is Professor Emerita of Geography and European Culture at the Hellenic Open University (ΕΑΠ) since 2020, where she was a Professor since 2002 and has been elected twice the Dean of the School of Humanities (2003-8). She was born in Athens, studied Architecture in the National Technical University of Athens (NTU – EMΠ), Geography and Spatial Governance at the London School of Economics & Political Science (MSc, LSE) and has been awarded a Ph.D from the University of London in 1981.

During the 1980s she has worked on a freelance basis as an Urban and Regional Planner qualified by the Ministry of Public Works (top grade Certificate). She was member of a cooperative office and was awarded contracts as a consultant in Greek public organisations (ΕΚΚΕ, ΔΕΠΟΣ, ΠΕΡΠΑ/ ΥΠΕΧΩΔΕ). During the 1980s she worked in Geneva as an Expert on Mission in the Economic Commission for Europe (UN ECE), Population Activities Unit, General Economic Analysis Division, and as a development consultant at the Centre of Planning and Economic Research (CPER – ΚΕΠΕ). And she collaborated with OECD, with EU DG XI (with the Greek environmental agency ΠΕΡΠΑ), with DG V (with the National Centre of Social Research, EKKE). During the 1990s she represented Greece at the Standing Committee for the Social Sciences (SCSS), European Science Foundation (ESF), at the Consulting Committee for Regional Planning at the European Parliament, was member of the Board of Professors for the Amalfi Prize of European Social Science and of the Forum Civil EUROMED, participating in the establishment of the International Academy of the Mediterranean in Napoli. In 2002-04 she was Member of the Board of the National Council of Regional Planning and Sustainable Development (ΕΣΧΑΑ) at the Ministry of the Environment, Regional Planning and Public Works (ΥΠΕΧΩΔΕ).

Lila Leontidou is especially distinguished for her 40-year academic career. She has been elected at different times a senior member of staff in four Greek Universities and a British one (Kings College London, where she contributed in the establishment of the interdepartmental Μ.Α. Mediterranean Studies), from which she returned to Greece in 1996, in order to lead the establishment of the very first degree-course of Geography in the country, at the University of the Aegean. After long efforts since 1986, Lila Leontidou as the first Head of Department and Senate member established Geography in the country which has named it in antiquity but did not have any relevant university degree-course until the end of the 20th century.

Professor Leontidou has also been a Senior Research Fellow at the LSE (2012-3) and at the Johns Hopkins University (1984). She has held visiting professorhips twice in France at Geography Departments (Université Paris 1-Panthéon-Sorbonne, UFR Géographie, 2008-9 and Université de Caen 1999-2000) and at the University of the Peloponnese, at the anglophone M.A. Mediterranean Studies of the ΠΕΔΙΣ Department, 2014-18. She was invited to teach for shorter periods in 9 European universities. She has been an academic leader in 12 international competitive research projects, among which the most important was Border cities and towns: causes of social exclusion in peripheral Europe, where she coordinated 8 European universities funded by the EU, EC, DG XII-Research, Targeted Socio-Economic Research (TSER), at the University of the Aegean (1997-2001). She also led several Greek research projects. She (co)organized 29 conferences and presented papers in 120.

She has published 250 articles and books in Greek, English, French, and her work has been translated into Spanish, Italian, German and Japanese. Her best-known academic books include The Mediterranean City in Transition, (Cambridge U.P. 1990/2006), nominated in 1991 for the Amalfi Prize of European Social Science; Cities of Silence (in Greek, ΕΤΒΑ/ ΠΙΟΠ, 1989/2013); Geographically Illiterate Land (in Greek, 2005/ Propobos 2011); the co-edited volumes Mediterranean Tourism (Routledge 2001), Urban Sprawl in Europe (Blackwell 2007), where she authored some chapters; and several Greek co-edited volumes.

She has been awarded the prize of academic excellence at ΕΑΠ in 2017 and has received the Globe Book Award of the Association of American Geographers in 2014 for the Atlas of Cities (ed. P. Knox 2014), as a (co)author. She has been honoured by the bilingual Festschrift Geographies in a Liquid Epoch: Critical essays for Space, Society and Culture in Honour of Lila Leontidou (Athens: Propobos 2019) edited by A.Afouxenidis et al. and authored in Greek and English by 35 academics. Her extended c.v. in English can be found in that volume.

As submitted by the biographee in March 2021, with the following contact details: