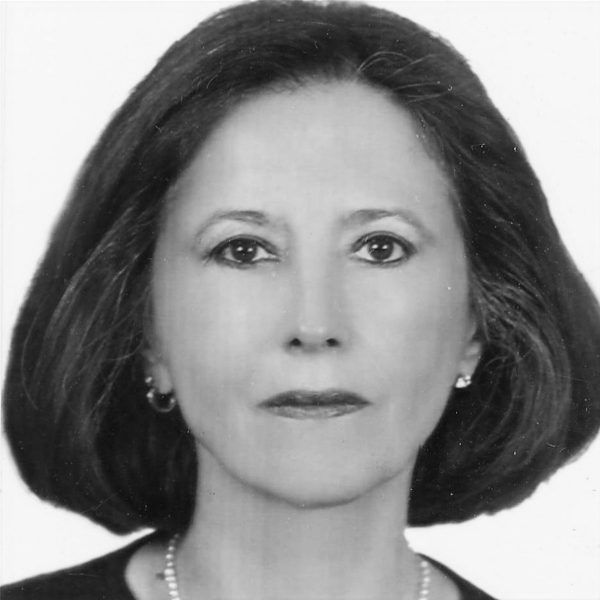 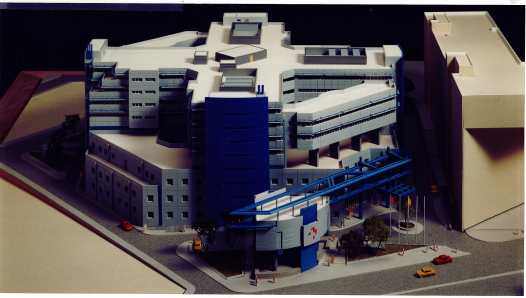 Born  in Wallsend-on-Tyne, England, in 1945. Her father was an officer of the  Royal Greek Navy, engineer with the legendary Destroyer Adrias, and her mother, as was customary under the war circumstances, was very  emancipated.

Two years later, they sailed to Greece, in a Greek Navy vessel and  settled in the village of Elefsis. Her grandmother’s house was situated  exactly opposite the famous Archeological site, which in those years was  not fenced and which was the playground of her childhood. The distinct  character of the space had a big impact on her early years, and  slowly-slowly led her to readings about Ancient Greek Architects  (Phidias, Iktinos, Ippodamos) and the fascination for their work was  determinant in her choice of career.

At school, her aptitude for theoretical and technical subjects,  together with the desire for a secure career, led her to Architecture,  and the family moved to Athens, where she finished a math’s – oriented  high school, and from there her 5 years of studies in Architecture at  the national Technical University.

From 1970 to 1971, she followed a Master’s course at the School of  Architecture at University College, London. In those years awareness and  concern, at the school, was very high on social and technical issues of  organized housing, stemming from the movement of people towards big  cities, and the aging of the housing stock of large neighborhoods.

The subject of her Master’s thesis, The distinct and the normal. A discussion on creativity in Architecture,  fulfilled her need for a theoretical approach to the profession,  especially as regards gender issues of its professionals, architecture  being more than a profession, it is a vocation, and its influence on day  to day life immeasurable.

She argues –but not fanatically– that her gender has not influenced her  career, since she chose to work freelance, in private practice, and  didn’t have to make any “family type” compromises.

Contemporary Greek Architects that she admires are Alexandros Tombazis  and Nikos Valsamakis, not only for their aesthetics, but also, for their  innovative approaches and ecological considerations.

As  far as ”building types that have been better treated in our country in  the 20th and the first decade of the 21st centuries” she would propose  single family houses, and some of the high rise dwellings, but only  those that have been designed by architects.

After she completed her post-graduate studies, and obtained the  Professional license both in Greece and the U.K, her professional career  continued in the U.K, New York and Greece, from 1976 onwards where she  worked at the office of Thymios Papayannis & Associates and at the Technical Department of the Hospital of the Greek Cancer Society.

From 1980 with C. Xanthopoulos and M. Economidou-Roka they formed the  Architectural office, which in 1984, with the addition of T.  Giannakopoulos, was consolidated under the name of SYMA / Collaborating Architects,  with specialty in health related buildings. In addition, from 2006 she  also participated, in private practice with C. Xanthopoulos, for various  private projects.

With her office, she participated in general and invited Architectural  Competitions, distinctions in which are included three 1st prizes  (University Hospital in Larissa – Extensions to the Hellenic Radio &  TV building (ERT) – School of Mineral Resources Engineering of the  Polytechnic of Crete).

She has published, predominantly in Architecture in Greece articles on Health issues, and as guest editor, with C. Xanthopoulos,  on Postwar Architecture in the Nordic countries and the Monograph on Kyriakos and Adela Kyriakides.

In 2009, the coincidence of the global economic crisis which badly hit  the profession, together with the fulfilment of the retirement age  requirements for full pension and the relocation to Finland of 50% of  the human element of the  private office, made the two partners decide  to retire and thence to conclude their professional collaboration.