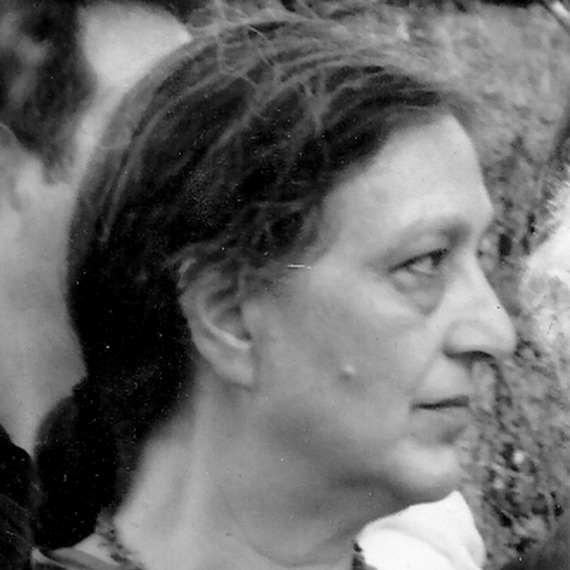 Bouki Babalou-Noukaki was born in 1946 in Thessaloniki. In 1970 she received a Diploma in Architect Engineering from NTUA – School of Architecture. Since 1970 she maintains a private office with her husband, architect Antonis Noukakis, under the name Antonis Noukakis and Associates, while at the same time from 1972 to 1986 she was a member of Workshop 66.

In 1998 she participated in the European Workshop in Juvaskyla, Finland on The Aura of the Building of Alvar Aalto organized by the Alvar Aalto Foundation .. In 2004 she organized the Workshop: For the landscape, in Delphi, in collaboration with the NTUA School of Architecture and the School of Fine Arts (ΑΣΚΤ).

In 1984 she was Special Scientific Associate of the Ministry of Culture for the Organization of the Architectural events of the “Athens Cultural Capital of Europe” and Representative of the School of Architecture in the National Committee of Habitat II, 1995-2013.

She has been active since 1970 together with Antonis Noukakis in studies of private and public projects with emphasis on public outdoor spaces and university buildings and especially libraries. They have studied eight library buildings, six of which have been implemented. Such as the Library of the University of Crete in Rethymnon, the Library of the School of Architecture in Athens, the Library of Philosophy EKPA. They have planned the formation of central axes and strategic points in Rethymno and the Outdoor sculpture exhibition in Filopappou. They have won 23 Architectural Competitions and 7 distinctions for completed projects. Recently they have been awarded with: First Prize in the Architectural Draft Competition Reconstruction of the Axis of the Handmade-Agia Sofia Municipality of Thessaloniki (2012), First Prize in the International Competition of Urban Design Ideas for the Martyrs’ Square and the Grand Axis (2005) of Beirut. They had won an  Award in the International Architectural Competition of Ideas for the creation of the Metropolitan Park of Athens in Elliniko (2004). They have participated in architectural exhibitions in Greece and abroad, such as the Biennial Europea de Paisatge de Barcelona 2003 and 2016, the Venice Biennale 1991 and 2006 as well as exhibitions organized by the UIA. Their work has been presented at conferences and lectures and published in Greece and abroad.

In 2020 she publishes the book: Bouki Babalou Noukaki: 8 + 1 texts on architecture and the city. Athens: Structures.

The Library of Philosophy of EKPA is nominated for the Mies van der Rohe 2022 award: nominee mies award 2022.

She is married to the architect Antonis Noukakis and they have two children, both architects, Anastasia and George and three grandchildren from Anastasia.