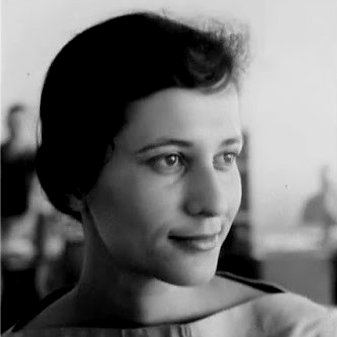 French Government Fellowship for a six-month seminar of ASTEF 1967

First female Professor at the NTUA School of Architecture 1981 - 1984

Anastasia  (Soula) Tzakou was distinguished for her appreciable and multifaceted  activity as a professional architect, an interior designer and an  academic teacher. She belonged to the pioneers of the architectural  “spring” of the ’60s, thanks to the laconic style and human-centred  rationalism of her work. Although Tzakou was the first woman to become a  full professor of architecture in Greece (1981), she would resign three  years later because of difficulties in performing her duties –teaching  and administrative– caused by the large increase in the number of  students and the implementation of the 1982 Framework Law of Higher  Education.

Born in 1928 in Thesprotiko –a  village in the Preveza regional unit of  Epirus–, she completed her secondary studies at the High School of  Kallithea and studied at the School of Architecture of the National  Technical University in Athens (1947-1952). As a final year student she  excelled in the international student competition launched by the École  des Beaux-Arts and was awarded a scholarship for a month in Paris. After  graduation, she worked for a year and a half in the private office of  her professor Dimitris Pikionis. On the recommendation of Pikionis, she  was awarded a scholarship for further training in Paris. From 1954-1956,  in addition to attending seminars in applied arts and art history, she  worked in the offices of distinguished French architects, gaining  experience in the field of museums. Her tenure at the Doxiadis Office  (1957-1959) gives her the opportunity to deal systematically with  large-scale architectural issues and housing.

In 1960 she started working at the Architectural Department of the  National Bank of Greece (NBG). During her seven years employment at NBG  she designed some of the most important buildings of her career: the  tourist facilities of “Astir” in Mikro Kavouri – Vouliagmeni (1960-1961)  and the NBG branches of Patras (1964), Livadia (1963) etc. As a  freelancer Tzakou was mainly engaged in the fields of single family  houses and interior design.Of particular interest are the detached  houses of M. Theocharopoulos in Kifissia (1969) and M. Kalpouzou in  Ekali (1970), the residential complex of P. Goritsa in Filothei (1972)  and her vacation home on the island of Sifnos.

From 1960 to 1984 she taught at the School of Architecture of the  National Technical University Athens, first as an assistant professor  and later as a professor of the central chair of Building and  Architectural Compositions. During her academic term, she was involved  in research, publishing articles and preparing her PhD thesis on the  traditional architecture of Sifnos. In addition to the treatise Central Settlements of Sifnos (1976), Anastasia Tzakou published three short books: the poetry collection Άσπρο–Μαύρο (White– Black, 1986);a selection of her own furniture(1999); and the photo album Triptych:  People, land, works (2002). Her books are valuable aids for those interested in delving  into the laconic architecture of the ’60s generation. Their modest style  expresses a basic virtue of this generation: its ability to say a lot  in a nutshell.