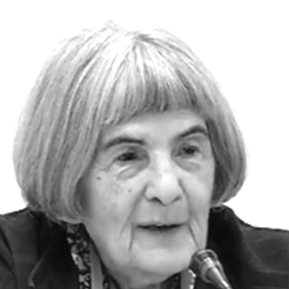 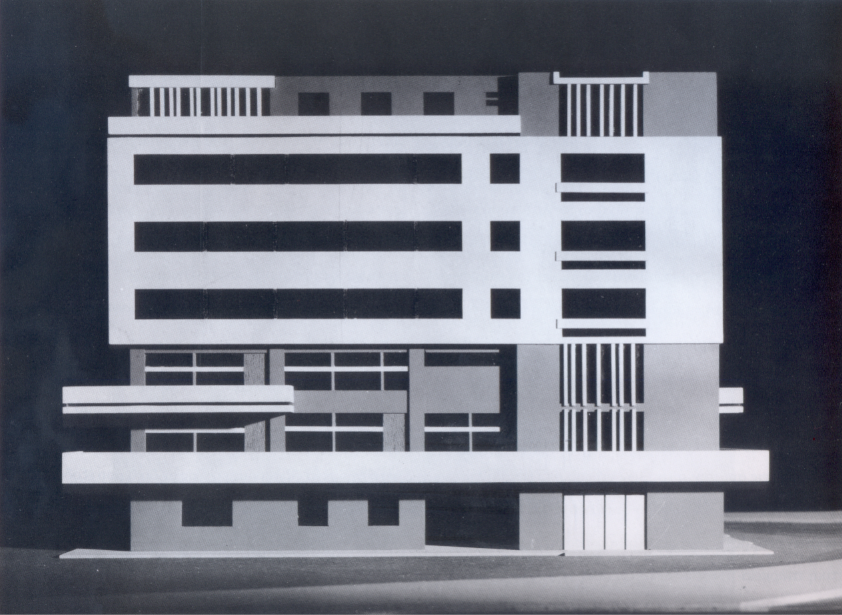 Elisavet (Betty) Vakalopoulou was born on October 2, 2024, in Batumi of Georgia (former USSR) and got away  on July 2021 in Athens.   The family came in Greece -according her son, Giovanni Giuliano,- on 1930. Her father was born in Trapezon. She had a younger sister who has died two months before Betty, on April 2021. Her son Giovanni Guliano – a biologue – lives in Italy.

In 1944, as a student at the NTUA School of Architecture, Betty Vakalopoulou was arrested and exiled to Germany, where she was imprisoned in the Ravensbrook concentration camps in Brandenburg and Buchenwald in Leipzig.

According the data-base of the International Ravensbrück Comitee,  Elisabeth Vakalopoulou: In June 1944 she was deported to Ravensbrück concentration camp and received the prisoner number 41321. Between September 1 and 12, 1944 she was transfered to a satellite camp of Buchenwald: Leipzig-HASAG.

According also  to the certificate of social conscience that accompanied it: “” She was arrested by the Germans due to her anti-national activities and was exiled to a concentration camp “(Sic.). The truth is that I was handed over to the ESA of the SS in ’44 “because of my anti-national action”, guards of the Polytechnic in the uniform of the lieutenant of the “security battalions”. “The same people who starred in the coup in ’67.” [Vakalopoulou, 2011, p. 177].

In 1948 she graduated with a scholarship from the School of Architecture of the NTUA.

As a scholarship holder of the Italian Training Institute of Athens in 1956, she completed her training studies in Rome and obtained a doctorate from the School of Architecture of the University of the city. In Rome, where she remained until 1962, and  worked as an architect.

After the competition of the OECD for positions of curators-researchers at the NTUA in 1962, in which she won, she was appointed assistant at the chair of Architectural Compositions under the professor I. Despotopoulos. She worked as an assistant for four academic years until 1967, when she resigned due to the dictatorship.

From 1974 to 1975 she was a consultant to the Ministry of Culture (then Ministry of Education) for the urban and building control of protected settlements and buildings. By order of the General Director of the Ministry of Foreign Affairs, Dimitris Lazaridis, she was the rapporteur for the plan for the construction – staffing of the Modern Monuments, transferring the experience she had gained in Italy.

From 1998 to 2002 she was a consultant of the Cultural Organization of the Municipality of Athens. As an active member of the TCG (TEE), she has represented the chamber since 2001 in committees for the elaboration of institutions and specifications, as well as the crisis of architectural and construction tenders.

B. Vakalopoulou practiced mainly as a freelancer. At the same time, she worked for a while with contracts in the State and in public bodies (Ministry of Health, “Evangelismos” hospital, IKA and Ministry of Culture).

Her rich architectural work covers a wide range of studies and projects:

It includes building studies which were the main object of her office until 1983: Studies and supervisions or self-supervision of private projects, mostly construction of new residential buildings and restorations of old ones.

She designed and supervised health buildings both as an employee and by assignments of the State and N.P.D.D, as well as nurseries.

She took part in architectural competitions.

From 1983 onwards, she was mainly involved in urban studies, wanting to support – as she states – “scientifically and trade unionly the Urban Planning and the EPA”. [Vakalopoulou, 2011].

The architectural look of Betty Vakalopoulou from the prologue of her book, in “Theoretical – Synthetic – Technical Choices”:

“Away from me formulations that turn architecture into the” navel “of society, with philosophical implications for itself or for the architect, cut off from the historical and social environment, the available materials, the available technology and know-how. As much as I do not forget that from homo erectum to homo sapiens, if the first need was food, the second the roof “. [Vakalopoulou, 2011].

She is the author of the book: Betty Vakalopoulou, Building Works – Options, published by TEE, 2011, while her texts have been published in architectural magazines and technical publications.

She has also written a political book, while she has translated literary works from Italian into Greek, as well as political-theoretical books. She has written many articles in the daily and periodical press on social and political issues.

In 2003, on the occasion of the 80th anniversary of the founding of the TCG (TEE), she was honored in the presence of the President of the Republic, Kostis Stefanopoulos, by the president of the Parliament for her resistance struggle and her professional and trade union contribution.

In March 2015 at a special event held in Parliament, on the initiative of the president of the Parliament Zoe Konstantopoulou, in honor of prominent women who have distinguished themselves in the struggle for freedom, democracy, justice, rights, dignity, Betty Vakalopoulou was honored as a fighter of the National Resistance.

In 17 April of 2016, in the context of the 71st anniversary of the liberation of the Ravensbrook camp (April 30, 1945), B. Vakalopoulou spearheaded the commemoration ceremony for the Greek women of this camp, where the Minister of Culture Nikos Xydakis unveiled an honorary plaque.