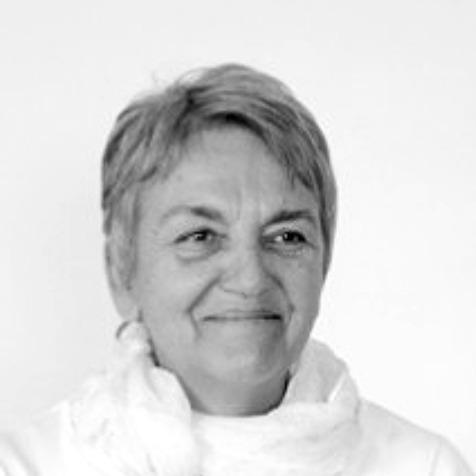 Postgraduate studies and Master of Arts in Health Facility Planning from the Medical Architecture Research Unit (M.A.R.U.) ‘The Metropolitan University of London’ of Britain 1980 - 1981

Founding member of the Association for Sustainable Social Housing 2010

Fani Vavili was born in Trikala (1950) where she completed her primary and secondary studies. Her husband is the architect, AUTh professor Nikos Tsinikas.

PARTICIPATION IN SCIENTISTS, PROFESSIONALS, PUBLIC ADMINISTRATION BODIES AND OTHERS

She was a Professor in the Department of Architectural Design and Architectural Technology of the Polytechnical School of AUTh. (Architectural design with emphasis on planning and design of health building installations 2004-2017).

She has also participated in the educational process of:

She has also  been a researcher or had the scientific responsibility , in research programs -with Greek and Community funding- in thematic areas of architecture in which she has been  specialized:  eg “LEADER KALAMPAKAS – PYLHS”, Health Buildings, Hospitals, Hospitals, K 98 School Libraries: EPEAEK ENEPGEIA 1.3.c & 1.4.b, YPEPTH -KPS, AUTh buildings, Health Tourism, etc.).

She has published reports, studies, contributions and articles (over 300) in:

She has organized / participated in architectural exhibitions

Many of her works have been published in architectural magazines.

She participated in 6 architectural competitions with 4 A ‘prizes, 1 acquisition and 1 honorable mention.