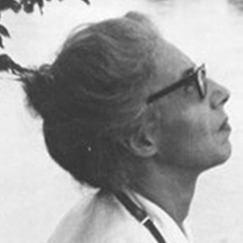 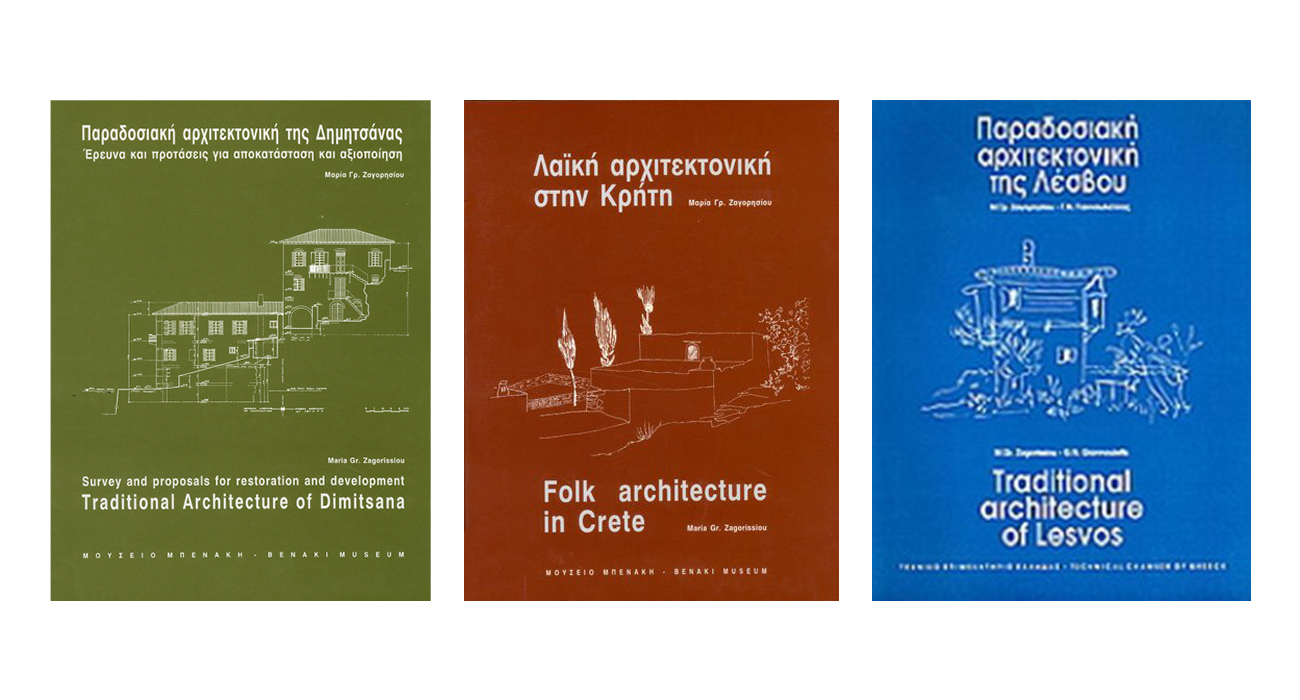 Maria (Marika) Zagorisiou was born in Kavala in 1921 and passed away in Athens in 2013.

She finished her circular studies at the Practical High School of Kavala in 1932-1938.

After her success in the exams at the School of Architecture of the NTUA in 1938, she settled in Athens and graduated in 1943.

Then she initially worked at EOT (Greek Organism of Tourism) in the period 1951-1956 where she participated in the study of Xenia buildings in traditional environments (in Kastoria and Argostoli) and the study and supervision of a tourist kiosk (restaurant) in Edipsos.

Then from 1955 to 1977 she worked at the Doxiades Office (Athenian Institute of Technology, Athenian Center for Housing). During these years at the Doxiades Office, Zagorisiou dealt with spatial, urban and building studies for Greece, Iraq, Pakistan, Zambia, etc. She also participated in the research “Ancient Greek Cities” which was published in 24 volumes.

Her love for the Folk Architecture of Greece is evident in the relevant books published in 1995, 1996 and 1997 for the folk and traditional architecture of Crete, Lesvos and Dimitsana respectively, of which the last two were awarded in 1998 by the Academy of Athens.

The data we have at our disposal for the biography of M. Zagorisiou are not many. However, since its archive has been saved and is in the ANA (Archives of Modern Greek Architecture) of the Benaki Museum, there will be the possibility in the future to complete and illuminate its great architectural course.

The text and the photos of the whole post were based mainly on internet research, bibliographic sources from the Library of TCG and the archives on Xenia got by the Candidate Doctor of Architecture Myrianthi Moussa. Research Antonia Panou and Vasso Roussi.