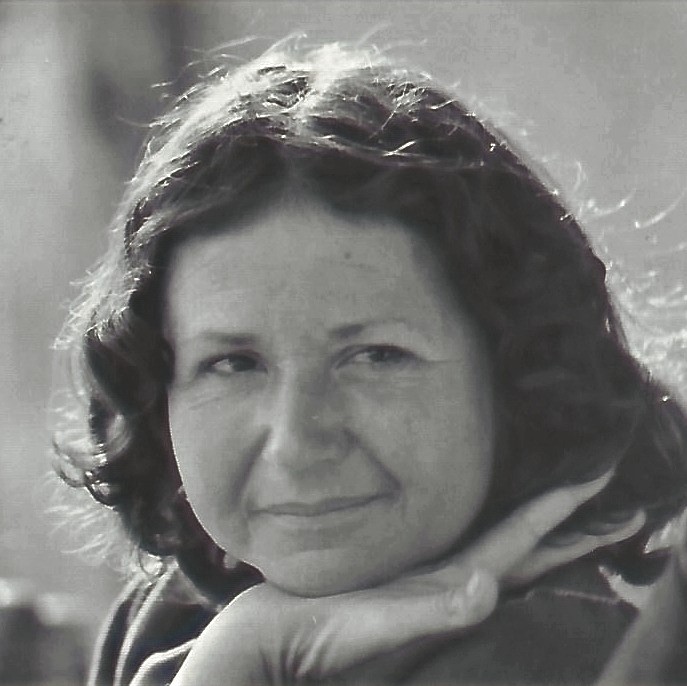 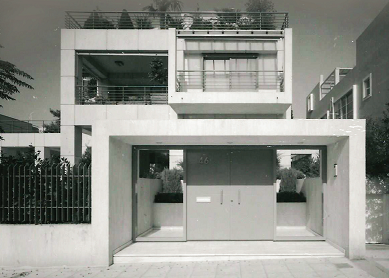 Seva Karakosta was born in Athens in 1938. She is the second of 5 siblings. Her father, although a businessman, instilled in his children a love for the sea (freedom/open horizons), nature and the earth (the environment).

In the student years, in high school, she discovered her passion for painting and mathematics (geometry and algebra) as well as for acting. Finally, Architecture won her over and she succeeded in entering the NTUA at 5th place.

At the School of Architecture, she excelled and graduated in 1961. During her studies, she was taught by eminent professors, such as the famous architects Kostas Kitsikis, Antonis Kriezis, Kyprianos Biris, Giannis Liapis, James Speyer, Panagiotis Michelis and the famous Greek painters Nikolaos Hadjikyriakos-Gkikas , Nikos Eggonopoulos, D. Fatouros.

In the summer of 1958, at the same time with her studies, she worked at the Architectural Practice of Iason Rizos, a mainstream architect of the time.

She was interested mostly in the fields of Urban planning, Architectural, and Environment design and thus she carried out her dissertation under the guidance of professor Antonis Kriezis, who encouraged her to work, after her graduation, as a curator next to him at the Architectural School. During the same period, she undertook her first project, a small private house in Ekali. Consequently, her busy timetable did not allow her to continue the collaboration with the professor.

During her studies at the Technical University of Athens, she was significantly influenced by the teaching of the American professor of Architectural Composition James Speyer, while later, in Paris, the years 1968 and 1969, in collaboration with George Kandylis, she came in direct contact with his perceptions and views on architecture, which in turn determined its architectural approach. The work of Dimitris Pikionis and Aris Konstantinidis had  also an important influence  to her.

In the years 1967-1968 and 1971 she attended postgraduate studies in France, receiving respectively : CERTIFICAT for successful attendance in a Training Program of the order of Urban Planning and Architecture -9 months- for certified Engineers in the years 1967-1968 (A.S.T.E.F.) and CERTIFICAT for successful attendance of the second cycle of the same program, the year 1971 (A.C.T.I.M.).

Following her studies, she worked for a while in the office of the civil engineer Andreas Zei. She met there the civil engineer Ioannis Pomonis, who later on became her husband and with whom they founded in 1962 their agency of Architectural Practices, which continues to operate until today with the attendance of their  daughter Maria Pomoni, also an architect.