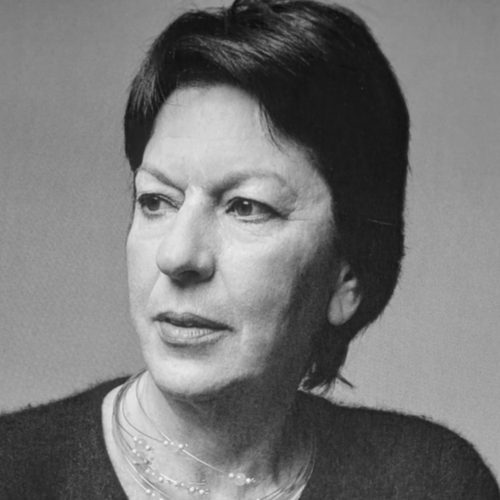 Collaboration with architect A. Trepeklis 1967 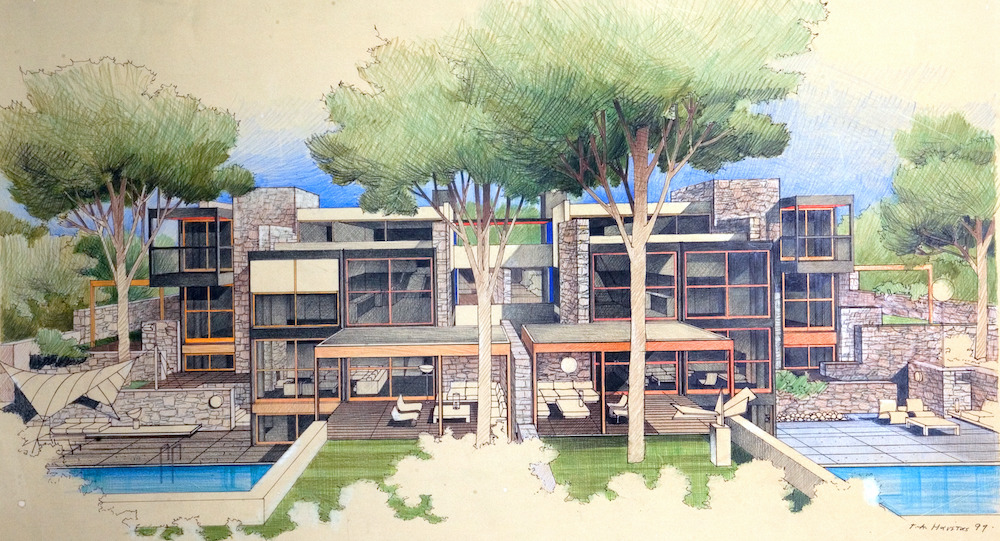 As her brother was already studying architecture in Germany, she decided also to follow architecture studies at NTUA (1958-1963).

She had – as she says- the good fortune to have very good professors, such as I. Despotopoulos and Kyprianos Biris in Building and Architectural Compositions, Sohos in Sculpture, N. Hatzikyriakos-Gikas in Painting, Eggonopoulos and Konstantinidis in History of Arts and Liapis in Interior Decoration, where she attended her diploma thesis.

After her studies she worked for a short time, in the office of Yiannis Vikelas, until she was appointed to the Ministry of Public Works in the Workers’ Housing Directorate of the Settlement service (1964-1967).

She returned to Vikelas’s office in 1967 (after resigning from the Ministry due to an unfavorable permutation). George Manetas already worked there, with whom they have met since the years of their studies in NTUA and they got married in 1964.

In 1973 they decided to leave and set up their own office. They dealt exclusively with private projects – studies for houses and residential complexes in the northern suburbs (Psychiko, Filothei, Kifissia, Ekali, Maroussi), but also in Glyfada, Faliro, Paros, Mykonos, Mytilene etc.

The collaboration with George was very good, as they had the same views and the same tastes – they liked modern cinema, abstract Art, Jazz, classical music and Literature, while their architectural influences were also common: Le Corbusier, Rietveld, Aalto, Rogers, Foster, K. Panagiotakos (mainly for the Blue Apartment Building in Exarchia), T. Valentis and Michailidis (for the Zaimi and Stournari apartment building), N. Valsamakis and others.

They had participated in many exhibitions: Europalia – Pavillon d’Arsenal, Paris 1985, 20th Century Architecture: Greece – Deutsches Architektur Museum, Frankfurt 1999, Panoramas Européens 2001 and the 10th International Architecture Exhibition, Venice Biennale 2006, Their work has been published in different issues of the magazine Architecture in Greece-including the  issue of 1995 dedicated to 30 years of their work-,  the magazine Art+ Design in Greece,  the magazine Hellenic Constructions, the Japanese edition TOTO of 1995 – 581 Architects in the world, in Athens Modern Angesichts der Antike (published by ETI, Zurich 1997) and, from time to time, in Greek Constructions.

Finally, on the occasion of the retrospective exhibition of their work (1966-2009) in May 2010 at the Benaki Museum, a detailed catalog was published.