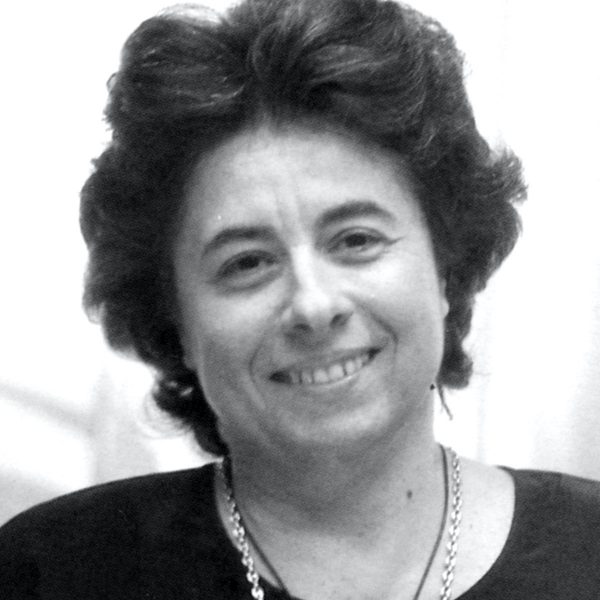 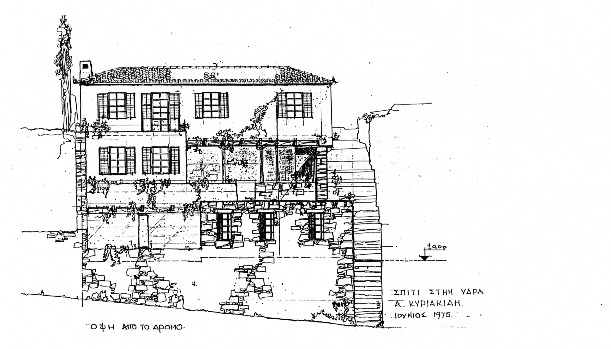 Holiday Residence on the Island of Hydra, 1975.

Andela Paizi was born in Athens in 1942. Her parents were from Ithaca. Her father was a chemist working at the Sulfur Coal Factory of Bodosakis in Elefsina and at the same time was passionate about photography. Her mother Ifigenia Vlassopoulou was an amateur painter andspent her time raising Andela and her sister Machi. Andela lived her childhood in Elefsina. As a teenager, the family moved to Athens, Patissia, and Andela went to the 6th High School of Kypseli and attended design classes in Zacharakis. In 1961 she entered the NTUA School of Architecture from which she graduated in 1966.

Immediately after her studies  and for a year she worked in the Laboratory of Urban Research of NTUA. Then and after her marriage in the summer of 1966 with the Architect Kyriakos Kyriakides, they jointly established in 1967 a Private Architectural Office (Architectural Studies and Supervision) which evolved in 1983 in a partnership with other colleagues  and after 1988 in SA which lasted till 2020.

The large architectural office, created jointly by Andela and Kyriakos, has left its distinctive imprint on modern Greek architecture and in particular on the difficult subject matter of modern nursing units and Hospitals. in this area with the historically important Leto Maternity Hospital (1970) a pioneering example of late Greek Modernism.

Apart from the hospitals, the office with its associates has also dealt with the sector of residences (detached houses and apartment buildings), hotel complexes, office buildings and commercial uses, etc. having to show important work in Greece, Cyprus, the Middle East and elsewhere.

They have taken part in many architectural competitions, mainly in nursing buildings, gaining a large number of distinctions.

Many studies of office buildings have been published in Greek and foreign publications and their work has been reported in many books. In 2012 the Benaki Museum organized a Monographic exhibition of their main works with a corresponding catalog.

For the last twenty years Kyriakos and Andela have given lectures on the work of the office, the role of the architect, the education of young architects and related issues in professional, cultural and academic institutions in Greece, Cyprus and other foreign countries.

They have a son, Lambros Kyriakides, who deals with construction.