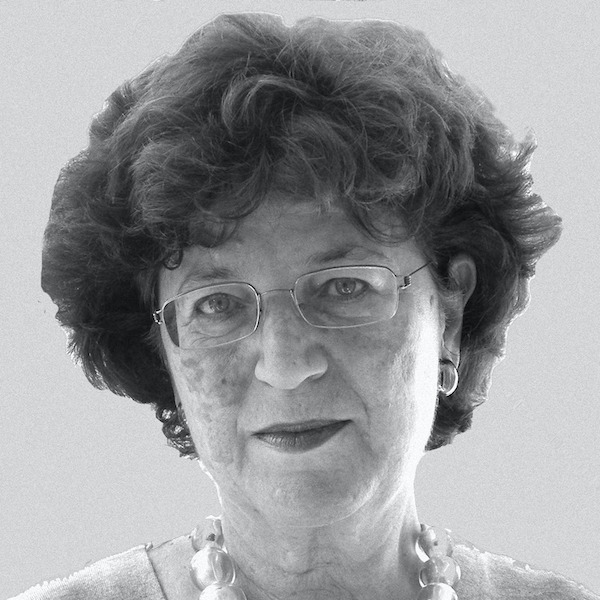 Public Administration - Ministry of Culture, Ephorate of Prehistoric and Classical Antiquities of the Cyclades - Prehistoric city of Akrotiri, Thira 1977 - 1992 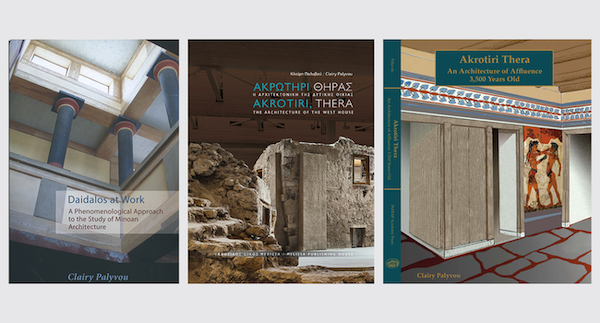 Born in Piraeus, in 1946. Her mother was from Alexandria, Egypt and her father from the Peloponnese. At the age of eight she moved with her family to Cardiff, Wales, were she spent 3 years of her childhood and finished primary school there. Back to Athens, she graduated from Tositseion Arsakeion high-school, in 1965, and right after left for Thessaloniki to study architecture at the Aristotle University (1965-1970).

Coming back to Athens marked the end of the ‘years of innocence’. Her first experience working for big architectural firms arose critical contemplation regarding the course of modern architecture at a time of unrestrained development, as well as the implications of life in the city. An impulsive decision to flee from both, brought her to the Dodecanese where she encountered the realities of the traditional way of life and its architecture. For two years (1973-1974) she travelled around the islands on a motorbike, documenting and evaluating traditional villages (this was the first attempt to identify and protect traditional settlements on a national level). There she became acquainted for the first time with the world of archaeology. The passion and commitment of the young archaeologists, who lived and worked in the awe-inspiring environment of the medieval town of Rhodes, was mesmerizing. In 1976, another ‘chance’ event brought her to the magnificent mountainous site of Phigaleia, at Vassai, to work on the documentation of the temple of Epicurius Apollo. This was her first engagement with ancient monumental architecture.

A year later, in 1977, she was invited by Ch. Doumas to work as an architect at the excavation of the prehistoric town of Akrotiri, on the island of Thera (Santorini). With a baby in one hand and the measuring tape in the other she begun what was to be a life-time adventure. Santorini was booming back then, and the prospect of a career in modern architecture was quite promising. So, a choice had to be made. After a few architectural projects (private houses and small hotels) the decision came easily: the miracle of a city with two and three-story houses, lavishly decorated with wall paintings and indoor toilets, that were built 3500 years ago, and had survived to a great degree under a thick mantle of ash, was a challenge that could not be matched up to.

The years that followed were committed to the study of the architecture of the prehistoric Aegean and the Eastern Mediterranean (studies abroad, PhD, lectures, publications). A second child was born some years later. Both of them, Martha and Zacharias, are distinguished in their fields (musician and film-maker respectively). Their father, Marios Mavroeidis, professor of musicology at the Ionian University, unfortunately did not live long enough to appreciate their progress.

In parallel to the study of prehistoric archaeology, Playvou worked as free-lance architect in the field of archaeological site management and restoration of monuments (Knossos, Mycenae, Corinth, Thorikos, medieval monuments of Thera, and elsewhere). A major project was the design of the pedestrian walk to the south of Acropolis (collaboration of four architectural firms).

In 2002 she was elected associate professor at the School of Architecture of the Aristotle University. The academic environment and its potentials provided new opportunities for research. One such instance was the project “Diachronic island cultures: the case of Therasia”, a large-scale project that involved many different disciplines and combined all previous experience.