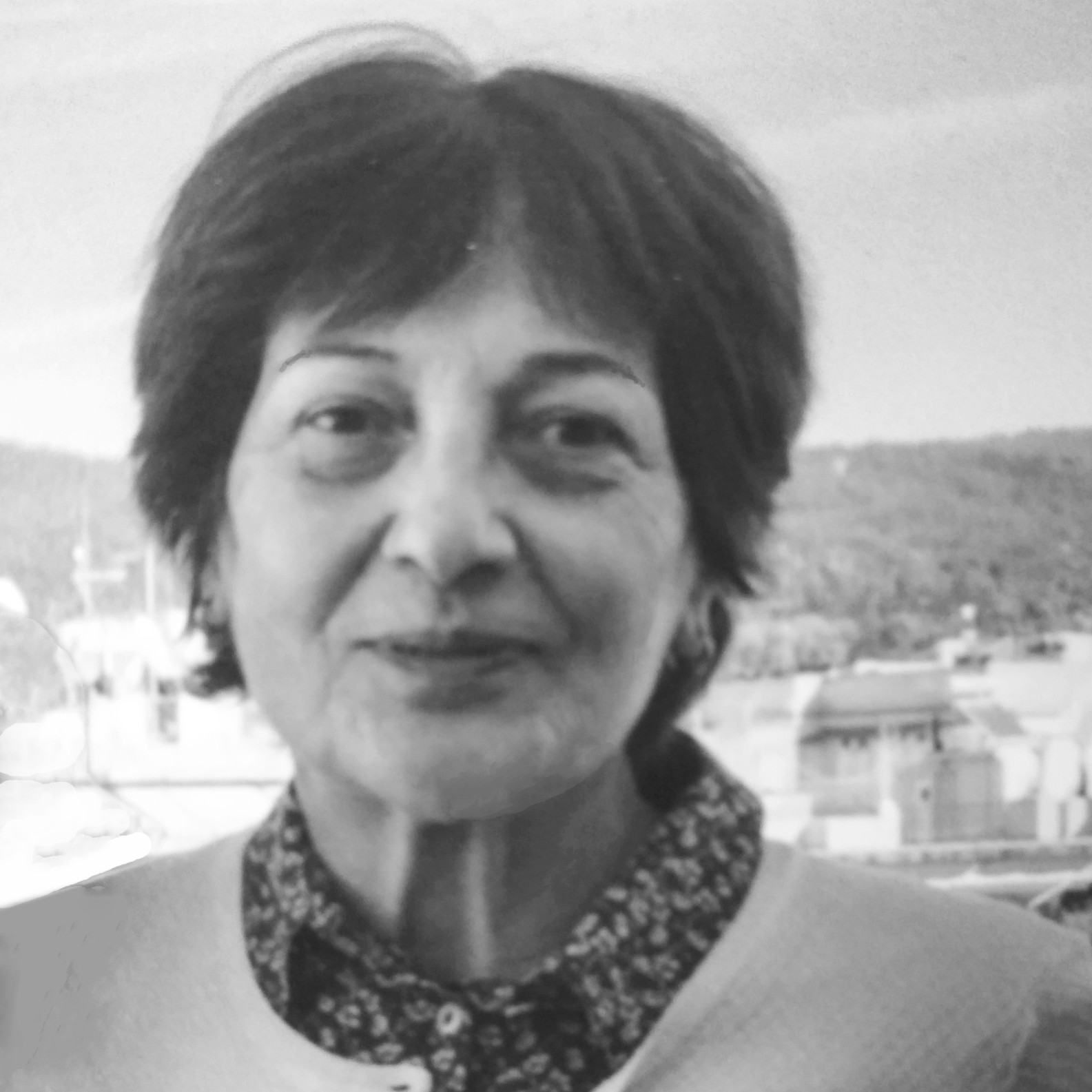 PhD from the Department of Architecture, AUTH 1976

Assistant of the Chair of Special Architecture of the Department of Architecture, Polytechnic School of Athens, 1970-1976

Curator of the Chair of Special Architecture of the Department of Architecture, Polytechnic School of Athens, 1976-1983

Vilma Chastaoglou-Martinidis is an Emeritus Professor (2012) of the Department of Architecture of the Polytechnic School of AUTH, where she taught since 1970.

She was born in Thessaloniki in 1945 and studied Architecture at AUTH, and Urban Planning and Urban Sociology in Paris (Paris-VIII and EHESS ).

In 1976, she defended her doctoral thesis at the Department of Architecture of AUTH. She is married to the professor and writer Petros Martinidis and they have a son, George.

She began her academic career next to Professor I. Triandafyllidis, with topics related to the architecture and urban planning organization of public buildings. (Special Building Studies of the Department of Architects of the AUTH).

Since 1990, she has expanded her research field to the Mediterranean area with the aim of investigating the physiognomy of the Greek city in its wider historical and cultural environment. Her studies were upon the multiple networks of Mediterranean cities, their exchanges, technical, cultural, architectural and their reflection in the modernization and transformation of the urban space and landscape.

Her studies focus on the transformations of inherited urban forms from major upheavals, such as the establishment of the Greek state, population exchange and refugees settlement, reconstructions after earthquakes, etc. She placed special emphasis on the multi-cultural character of the cities by studying the urban footprint and the special architectural heritage of their communities (Jewish community of Thessaloniki, Greek architectural heritage in Asia Minor, Greek diaspora networks in Egypt).

Applied studies for the regeneration and planning of urban space have a special place in her research work. enriched her experience in managing the urban design competitions of OPPETH’ 97. (Organisme of Salonica’s Cultural Capital of Europe).The studies she carried out contributed to highlighting the cultural as well potential/heritage of the city– such as the “Western Arch” and the Historical Port of Thessaloniki, and recently the Theological School of Chalkis.

She has published more than one hundred and thirty research studies in Greek and foreign journals, conference proceedings, and collective volumes, in Greek, English, French and Spanish, and has written and edited (independently or in collaboration) twenty books, of which the most important monographs: Jewish Sites in Thessaloniki (translated into four languages ​​2010-2019). Holy Theological School of Halki: The building and its restoration (2016), Volos, portrait of the city from the 19th century to today (two editions, 2002 and 2007), Restructuring the city? urban design competitions for Thessaloniki, (1998), City designs in 19th century Greece (1990), and Social Theories for urban space, (1982).

She took part in eight International-European and 15 Greek research projects, most of them related to the architectural physiognomy and cultural heritage of Greek and Mediterranean cities. She presented her studies and research at 60 international conferences and more than 30 Greek ones. She is a member of national and international scientific bodies and journals (editorial board of Planning Perspectives).

She was a professor at Kadir Has (School of Arts and Design) and Istanbul Technical University (PhD Department of Urban Planning) in Istanbul, for the summer semester of 2013. She was invited for special courses at universities in the USA (Saint-Louis, UCLA, Princeton, CUNY, New York University) and Europe (EHESS, PoliMi, Adam Mickievitch, Universitat di Coimbra). She taught repeatedly (2000-2016) at the NTUA Interdepartmental Master’s Program in Monument Protection, and for special courses at other Greek universities. From 1998 to the present, she teaches continuously in the Interdepartmental Master’s Program Studies Protection, Maintenance and Restoration of Cultural Monuments of AUTH.